Lacey is our sweet “Princess Pony”. She is intelligent, sassy, and beautiful, and she uses these qualities to the fullest! She is the finest little pony with children or anyone who is timid or nervous. She charms clients with her lovely, expressive eyes and Welsh Pony character, and she is happy to meditate in the sun and practice the art of “Wu Wei”. At feeding times I can be sure to find Lacey standing at the corner of the paddock closest to the house gazing intently at the door for my appearance. Lacey and Willow came to Ravenheart when an elderly gentleman named Cliff from the Quill Lake area in Saskatchewan became too ill to care for them any longer.

Lacey as a Princess. She does things in her own time when she wants to. And she does not come up to just anybody. She is a good teacher of the philosophy that even if someone does not always greet you, it does not mean they intend to harm you or that they do not like you. She just happens to be a princess and that is how princesses act. Princess-like. She does not look down on humans or treat them with contempt. She is just a princess and acts accordingly. You can take it personally, or you can just accept her the way she is. Here again, another valuable lesson for us humans. I’m ok, you’re ok.

Princess Pony. Lacey’s nick name and one that suited her personality, fairy tale pony looks, and character. Lacey came to Ravenheart in spring 2007, along with her pony friend Willow (aka Brownie). I was at my Dad’s memorial service when an older gentlemen and friend of the family in Quill Lake, SK mentioned that he had 2 lovely ponies that he might need to rehome due to health reasons. 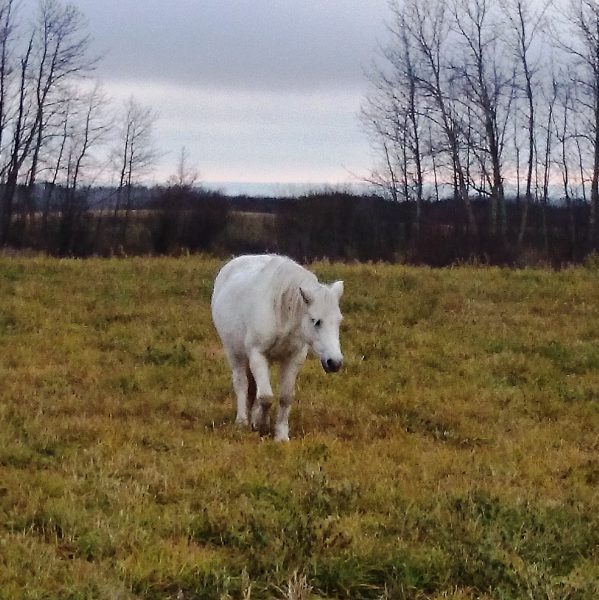 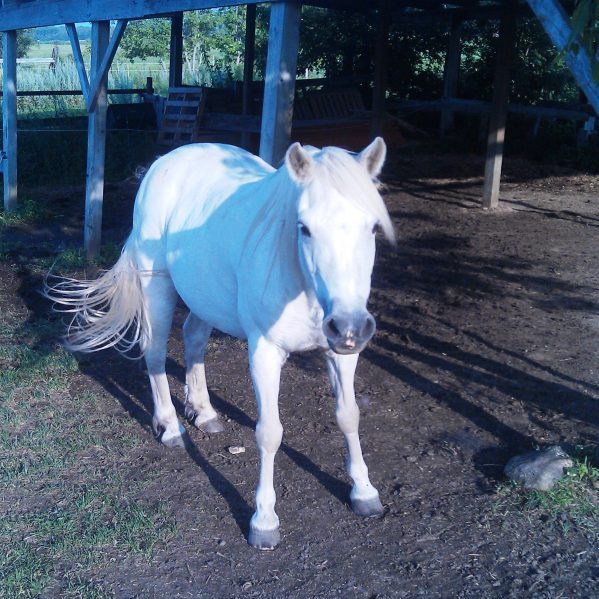 Sure enough a couple of months later, in April 2007, I received a phone call from his wife asking if I might be interested in the ponies, and if not, they would be taking them to auction on April 21st. I said I would come and see them right away. As soon as I walked into their corral Lacey came to me and put her nose on my chest. There was only one decision to be made. I knew she was coming home with me, along with her friend Willow of course. It was love at first sight.

Lacey and Willow were once working logging ponies in Manitoba. Cliff, the gentlemen who I purchased them from, had bought them for riding ponies for his grandchildren. They arrived at Ravenheart with their old blue halters, handmade lead ropes, and their cute pony driving bridles. Raven and Sugar accepted them right away.

Lacey was a beautiful grey 12 hand Welsh Pony. She had grey points as in some of the pictures which gradually turned pure white over the years. You couldn’t ask for a nicer pony. She was smart, cheeky, steady, beautiful, and friendly. She was confident, independent, safe for all ages, and loved to be in the limelight.

Although I don’t know much more about her background, other than she seemed to have been beautifully trained at some point, and probably shown in Welsh Pony classes, as she loved to be groomed, braided, and fussed over, and would “stand up” like a show pony. 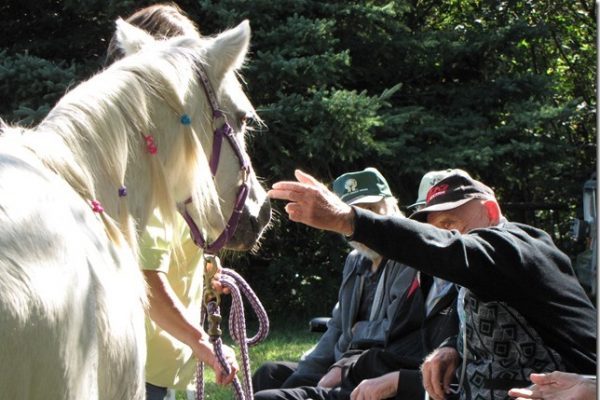 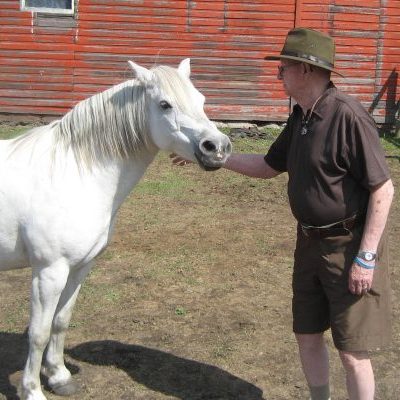 My niece Taylor showed an incredible affinity for horses and all animals. It started with her collection of stuffed tigers and progressed to an enormous collection of animal figures, including barns, fences, jumping equipment, tack, and more. As I had dreamed of having my own pony my whole life, with my first horse Raven coming to me at age 40, I thought I would gift Taylor with Lacey at Christmas one year, a real pony to call her own.

Lacey and Taylor shared a special bond of love. Taylor couldn’t have had a nicer pony to spend time and learn from as a beginner. The photos attached will give you a glimpse of their journey together.

Here is a note posted by Taylor after hearing that Lacey had crossed over the rainbow bridge: 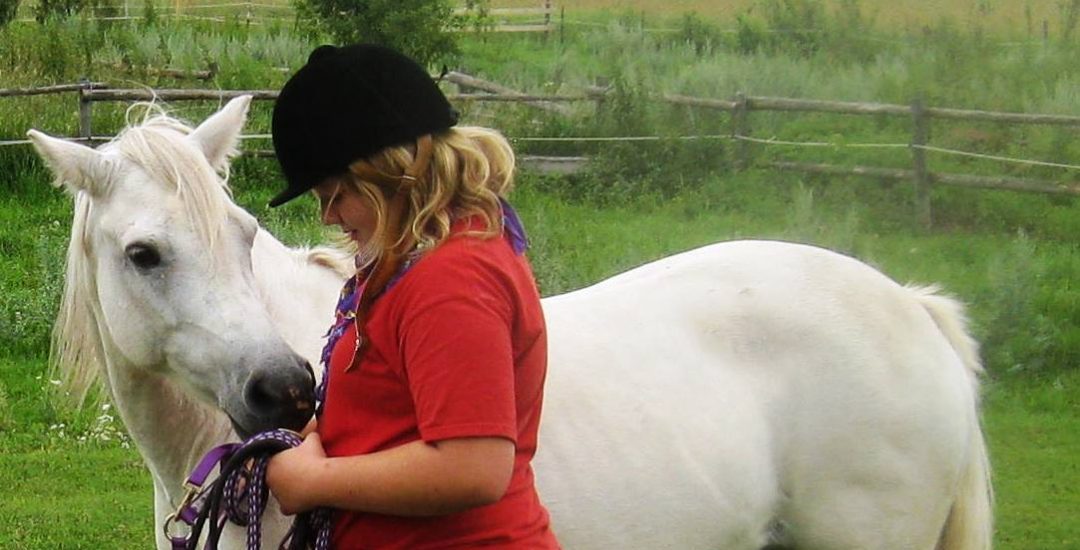 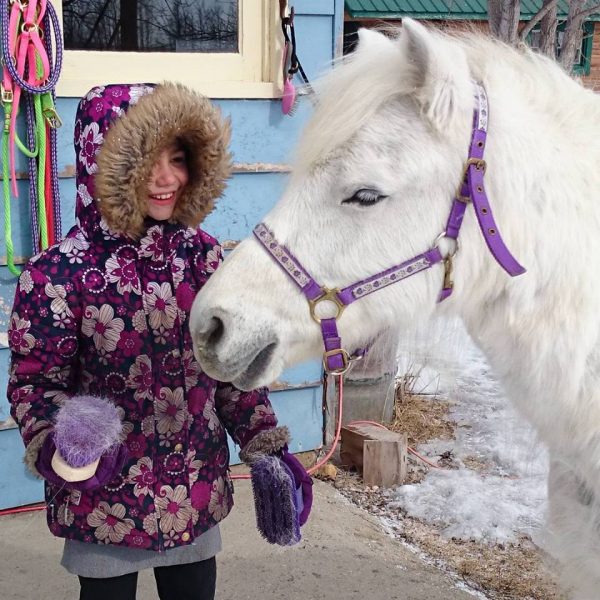 “Appreciation post for my baby girl who passed away this morning ????. Whenever I would go out to my aunties, my favourite part was getting to spend time with you. You were my best friend and ALWAYS loved when I came to visit you. You were my first and only horse who I love very much and the farm will not be the same without you. I love you so very much my Lacey, little Angel pony ❤️. Thank you for the many great years I spent by your side.” 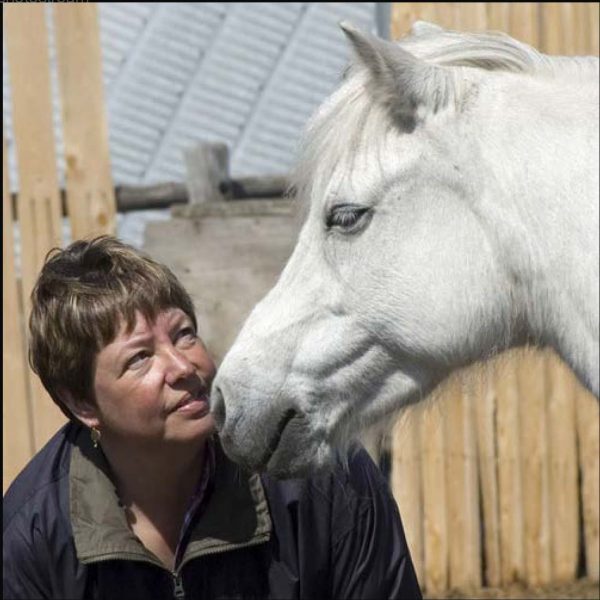 Lacey made a lot of friends along the way as an equine assisted learning partner at Ravenheart Farms. I loved this sweet pony. I could have a field of ponies just like her. I, Taylor, and all of the Friends of Ravenheart will miss her beautiful pony character. Thank you, Lacey. You really are an angel pony now. 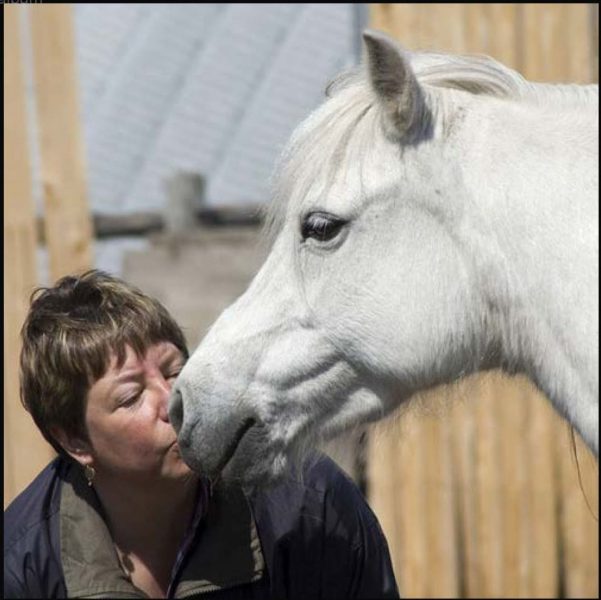 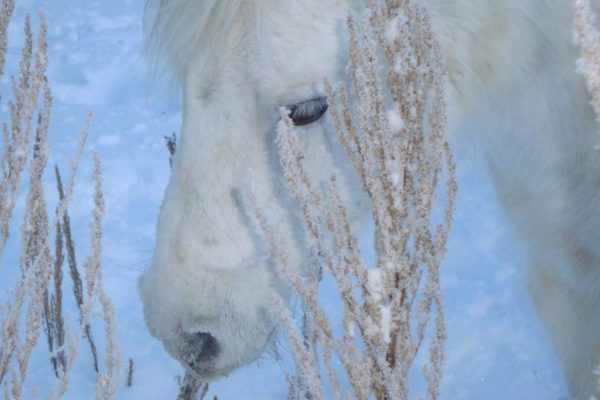