Raven, the namesake for Ravenheart and my wise and gentle teacher. Raven was raised in Saskatchewan on a beautiful large ranch called the Cherry Hill Equestrian Centre. Raven’s father was the Champion Welsh Cob Brynarian Eiddwen Comet.

Like his sire, Raven is definitely wary of people but he loves to work! I purchased him as a 7-year-old from a friend who had travelled to Saskatchewan to buy Raven’s full brother, a stunning Welsh Cob she calls Arthur. Due to rough treatment at the hands of a less than kind trainer after being sold from his breeders, Raven was in need of someone to start over again, gaining his confidence and trust. 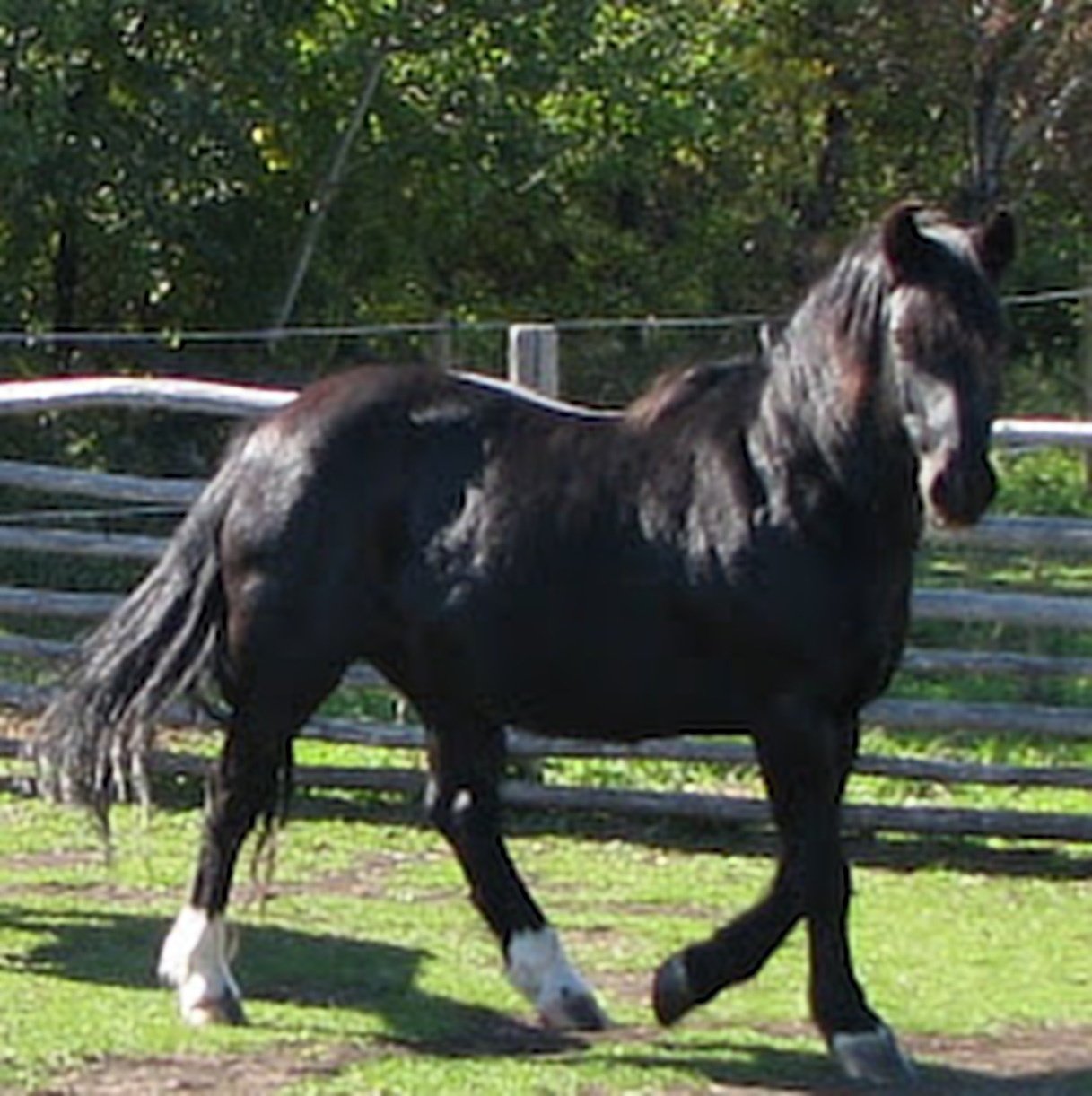 I “volunteered” to work with him. I was immediately smitten with this polite, gentle, but very cautious and untrusting little horse and over a short time and much gentle prodding from his owner, I realized the dream of a lifetime with Raven becoming my first horse at the age of 40. Raven epitomizes the duality of the “dark horse” and “lightworker”. He is truly engaged and loves this work, showing up for the people with subtle but powerful reflections as captured by a Horses, Spirit & Play participant during a reflective round pen session.

“I am standing in the round pen facing Raven, his jet black coat shining in the brilliant Saskatchewan sun, his eyes soft and at the same time intent. Unfettered by even a halter, he is, in a word, exquisite. I am reminded of my own writing about my lifelong passion for horses: Sometime between birth and puberty, I fell in love with soft brown equine eyes… and still I am undone.”

He is wary yet stands firmly, directly in front of me, fully engaged. There is no agenda here; we stand and look and feel suspended in an intuitive encounter, a dialogue without words. Time passes. I am not sure if I have taken a breath. Then, without urging, he lifts his hoof and offers to step forward, and then again. He licks his lips and sighs. I feel a soft tingling in my body and inexplicable gratitude in my heart. I gently bow, and leave the round pen. Namaste Raven.